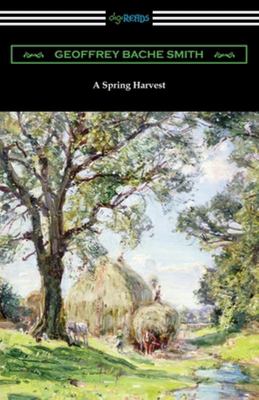 First published in 1918, "A Spring Harvest" is the posthumous collection of poetry by Geoffrey Bache Smith, a close high school and college friend of J. R. R. Tolkien. Together with their friends Rob Gilson and Christopher Wiseman, the four young men formed the semi-secret Tea Club and Barrovian Society while in school, where they discussed their artistic interests and plans for the future. The outbreak of World War I interrupted the men's plans however, and Smith and Gilson died in France at the Battle of the Somme in 1916. Tolkien, who was ill and evacuated to England prior to the battle, wished to honor his friend's memory by publishing Smith's poems. Tolkien greatly enjoyed Smith's work and felt it would bring comfort and joy to a nation recovering from the harsh and brutal war. Smith's poems showcase a number of different poetic styles and run the spectrum of emotion from serious to whimsical and charming. Written both before and during the war in a style often compared to W. B. Yeats, "A Spring Harvest" is an engaging and insightful reflection on both the emotional realities of war and the beauty that may be found in life. This edition is printed on premium acid-free paper.